In this Visual Object Tracking Based on Local Steering Kernels and Color Histograms paper, we propose a visual object tracking framework, which employs an appearance-based representation of the target object, based on local steering kernel descriptors and color histogram information. This framework takes as input the region of the target object in the previous video frame and a stored instance of the target object, and tries to localize the object in the current frame by finding the frame region that best resembles the input. As the object view changes over time, the object model is updated, hence incorporating these changes. Color histogram similarity between the detected object and the surrounding background is employed for background subtraction. Experiments are conducted to test the performance of the proposed framework under various conditions. The proposed tracking scheme is proven to be successful in tracking objects under scale and rotation variations and partial occlusion, as well as in tracking rather slowly deformable articulated objects.

In this Visual Object Tracking Based on Local Steering Kernels and Color Histograms paper, we proposed a tracking scheme for visual object tracking with online learning of the object model. 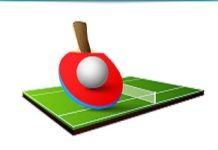 Understanding Smartphone Sensor and App Data for Enhancing the Security of...