Home Food Technology Project The Effects Of Different Processign Techniquies On The Organoleptic Quality Of Soymilk...

The Effects Of Different Processign Techniquies On The Organoleptic Quality Of Soymilk Processing And Storage The soymilk samples were subjected to sensory evaluation using 9 point hedonic scale and proximate analysis. Result obtained showed that sample A was significantly different (P < 0.05) between sample B had a more acceptable colour (P < 0.05) than samples A and C this was no significant difference between sample A and C in terms of colour. The general acceptability of the sample showed that all the samples were acceptable.

It is not known when this remarkable legume, soybean was first cultivated in China. However as the first  legume of which a written record was made. This was in the books of the Emperor  Shen hung, dated 1800BC which describes the five principal and sacred crops of China, rice, bean, wheat barely and millet, lafter in his milliohm there were chinses writing, giving expert advice on growing soybean which was cultivated more extensively in North than in Southern China, it reached Hapan and other countries in East Asia at an early date.

Extensive biochemical reactions take place during the process of soybean germination. Many of them lead to changes that are closely related to and can be key attributes in determining soy milk quality. In the present research, improvements in three classes of bioactive components investigated, namely, trypsin inhibitors, phytic acid and total phenolics, were observed simultaneously in cooked soy milk produced from short-time germinated soybeans.

Optimum germination time was selected, and soy milk made from 28 h-germinated soybeans under optimum germination conditions showed significantly higher protein content, a lower amount of carbohydrate and a generally comparable physicochemical profile to traditional soy milk. The current approach seems to be a feasible and convenient way for the industry to develop functional soy milk products and provides practical data for industrial settings. Meanwhile, it offers a safer and more nutritious alternative for household soy milk consumers, who make their own soy milk at home. Besides, the findings in this study also imply that short-time germination could be a potential pre-treatment method to promote the functional properties in various soybean-derived food products

Analysis of Stability of Slopes at Pernem Station, Goa 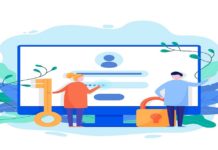