A spy robot-spy camera system is an application that allows the user to control a spy robot with a camera installed on it easily. A spy is a person who informs about the secret information taking place in other places. This A spy robot-spy camera application can allow the robot to act as a toy in catching the enemies on the battlefield. There is a spy camera that is installed on the spy robot so that the users can track where the enemies are exactly at. This is one of the Best android projects on Spy Robot – Spy Camera applications. Click here to get complete Android projects lists.

The following are some of the advantages of using this spy robot with spy camera application: Study on Infiltration Rate on Different Soils of Mysore City An Energy Efficient and SLA Compliant Approach for Resource Allocation and... 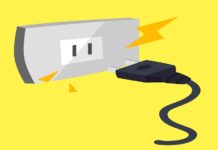