Moreover, these methods need to consider how users’ would actually reach an agreement about a solution to the conflict in order to propose solutions that can be acceptable by all of the users affected by the item to be shared. Current approaches are either too demanding or only consider fixed ways of aggregating privacy preferences. In this paper, we propose the first computational mechanism to resolve conflicts for multi-party privacy management in Social Media that is able to adapt to different situations by modelling the concessions that users make to reach a solution to the conflicts. We also present results of a user study in which our proposed mechanism outperformed other existing approaches in terms of how many times each approach matched users’ behaviour.

Online social networks (OSNs), such as Facebook, Twitter, and Google+, have become a de facto portal for hundreds of millions of Internet users. For example, Facebook, one of representative social network provider, claims that it has more than 800 million active users. With the help of these OSNs, people share personal and public information and make social connections with friends, coworkers, colleagues, family and even with strangers. As a result, OSNs store a huge amount of possibly sensitive and private information on users and their interactions. To protect that information, privacy control has been treated as a central feature of OSNs. OSNs provide built-in mechanisms enabling users to communicate and share information with other members.

A typical OSN offers each user with a virtual space containing profile information, a list of the user’s friends, and web pages, such as wall in Facebook, where the user and friends can post content and leave messages. A user profile usually includes information with respect to the user’s birthday, gender, interests, education and work history, and contact information. In addition, users can not only upload a content into their own or others’ spaces but also tag other users who appear in the content. Each tag is an explicit reference that links to a user’s space. For the protection of user data, current OSNs indirectly require users to be system and policy administrators for regulating their data, where users can restrict data sharing to a specific set of trusted users. OSNs often use user relationship and group membership to distinguish between trusted and untrusted users.

For example, in Facebook, users can allow friends, friends of friends, specific groups or everyone to access their data, relying on their personal privacy requirements. Despite the fact that OSNs currently provide privacy control mechanisms allowing users to regulate access to information contained in their own spaces, users, unfortunately, have no control over data residing outside their spaces. For instance, if a user posts a comment in a friend’s space, s/he cannot specify which users can view the comment. In another case, when a user uploads a photo and tags friends who appear in the photo, the tagged friends cannot restrict who can see this photo. Since multiple associated users may have different privacy concerns over the shared data, privacy conflicts occur and the lack of collaborative privacy control increases the potential risk in leaking sensitive information by friends to the public.

In this paper, we seek an effective and flexible mechanism to support privacy control of shared data in OSNs. We begin by giving an analysis of data sharing associated with multiple users in OSNs, and articulate several typical scenarios of privacy conflicts for understanding the risks posed by those conflicts. To mitigate such risks caused by privacy conflicts, we develop a collaborative data sharing mechanism to support the specification and enforcement of multiparty privacy concerns, which have not been accommodated by existing access control approaches for OSNs. In the meanwhile, a systematic conflict detection and resolution mechanism is addressed to cope with privacy conflicts occurring in collaborative management of data sharing in OSNs. Our conflict resolution approach balances the need for privacy protection and the users’ desire for information sharing by quantitative analysis of privacy risk and sharing loss. Besides, we implement a proofof-concept prototype of our approach in the context of Facebook. Our experimental results based on comprehensive system evaluation and usability study demonstrate the feasibility and practicality of our solution.

Greater part gathering integrated know how to distinguish hard as well as powerless security inclination. Nonetheless, approach don’t exclude a few mechanized technique toward realize clash just plan with the aim of regulars strength have to reflect on while challenge toward tackle the contention actually what’s more, settling security clashes for collective information partaking in online interpersonal organizations Until now, not very many specialists proposed a technique to characterize protection strategies cooperatively. In their approach.Exploring self-censorship on Facebook We tried to investigate circumstances with various degrees of affectability, as clients’ conduct to determine clashes might be distinctive relying upon how delicate items one photograph including different clients; andma contention made in view of the individual security arrangement the member indicated for the photograph.

As we had 50 members (as definite beneath), we could accumulate member determined information in respect to 500 distinct situations. Game Theoretic Analysis of Multiparty admission manage user inside arrangement status and notes, exchange photos and recordings in their own specific spaces, name others to their substance, and offer the substance with their colleagues. On the other hand, customers can moreover post content in their allies’ spaces. The normal substance may be related with various customers.Predicting Tie Strength With Social Media Connections make web-based social networking social. However, unique connections assume diverse parts. Consider the current routine with regards to substituting online networking companions for customary employment references. As one employing chief commented, by utilizing online networking “you’ve opened up your rolodex for the entire world to see” Condition Conflict Resolution and Malicious Owner When cooperatively composing a strategy, proprietors may determine clashing conditions for the arrangement.

In the proposed work we are introducing one mechanism as mediator these go between the module to check the users conflict. Thus mediator resolve the conflict by using the users privacy preference setting it will check how import that image to that users. Then it will check whom they are allowing to access that picture .these purposed mechanism reduce the burden of users doing manually setting .it will provide the more security .the main thing we are purposing the in Facebook social network we have the private and public . so in private and personal groups friends are their if we tagged picture it will go to all but we don’t want to share some friends but another friends want to share the photo who involved in that photo then conflict will arise .for this purpose we introduced one mediator to sole such kind of problems.

In this project we are using polynomial time algorithm to know the high comfort ability in group of social network. In social medial lack of users will their in that thousands group will their so for them comfortable is very important so only we are using the polynomial time algorithm. It has been proven that this algorithm works very fast and it reduces the dispersion rate it will use the map complete graph to get the approximation graph. This algorithm is used mainly for giving high comfortable in the team work.

2 Conflict’’Detection’’Module Here we are approaching every user privacy. The mediator will check the all user privacy and priorities then only we can whether image will b share r not. Suppose Anil and Ashok want to upload the picture in social site but Ashok priorities different compare to Anil priority in that friend list. For example Anil giving the permission to access to all but Ashok don’t want share with Rain so here conflict will detect.

3 Conflict; Resolution: Module” Here we are resolving the variance what arrived at the time of sending images to friend list in social media. The referee going to resolve the quarrel when the user upload the image to social set user going to set the confidentiality based on that mediator will resolve the quarrel if it has been arrived else it will send directly.

4 Estimating the relation significance of the conflict module Estimate the family member implication of the contention module so now days in social all family member will be there so for user it will be very sensitive whom they actually want to share are not so for the admin is very necessary to know how significance that image to her or his. so we recommended this module. For example in friend list Anil Ashok and Reni is there so Anil and Ashok want to share picture but Anil want to share image to Reni but Ashok don’t want to share Reni because it is very important picture to him. So it is necessary to know admin to resolve the quarrel.

In Resolving Multi-Party Privacy Conflicts in Social Media paper, we present the first mechanism for detecting and resolving privacy conflicts in Social Media that is based on current empirical evidence about privacy negotiations and disclosure driving factors in Social Media and is able to adapt the conflict resolution strategy based on the particular situation. In a nutshell, the mediator firstly inspects the individual privacy policies of all users involved looking for possible conflicts. If conflicts are found, the mediator proposes a solution for each conflict according to a set of concession rules that model how users would actually negotiate in this domain. We conducted a user study comparing our mechanism to what users would do themselves in a number of situations.

The results obtained suggest that our mechanism was able to match participants’ concession behaviour  significantly more often than other existing approaches. This has the potential to reduce the amount of manual user interventions to achieve a satisfactory solution for all parties involved in multi-party privacy conflicts. Moreover, the study also showed the benefits that an adaptive mechanism like the one we presented in this paper can provide with respect to more static ways of aggregating users’ individual privacy preferences, which are unable to adapt to different situations and were far from what the users did themselves.

The research presented in this paper is a stepping stone towards more automated resolution of conflicts in multi-party privacy management for Social Media. As future work, we plan to continue researching on what makes users concede or not when solving conflicts in this domain. In particular, we are also interested in exploring if there are other factors that could also play a role in this, like for instance if concessions may be influenced by previous negotiations with the same negotiating users or the relationships between negotiators themselves.

An Experimental investigation on the Strength and Workability Characteristics of Polypropylene... 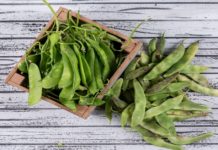 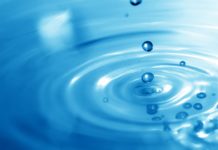