Android Controlled Fire Fighter Robot System Project is a robot that used to extinguish the fire caused due to human actions. This will be one of the best android Controlled Fire Fighter Robot projects since it used to extinguish the fire. The devices through which the fire put off are called as fire extinguishers. This will solve the work of extinguishing fire manually. Click here to get complete Android projects lists.

Some of the features of controlled firefighter robot application are as follows:

Humans will manage the robot through the android application. There will be a Bluetooth receiver is attachable to the robot through which commands are receivable. Replacement of human beings in extinguishing the fire is easy through the use of this robot without any difficulty. There will be also a wireless camera that is installed in the system. This will be one of the unique applications that implemented in the real-time world with great ease. You will be able to download source code on Controlled Fire Fighter Robot easily. This robot used at times of war to extinguish the fire. Complete synopsis on Controlled Fire Fighter Robot will give a clear idea regarding the application. Humans will be able to operate this robot by sitting anywhere. This robot can be of great help to people with great ease. The monitoring of the robot also is a difficult task since humans must find out the exact location of the fire where the fire is extinguishable so that the fire can be easily extinguished. 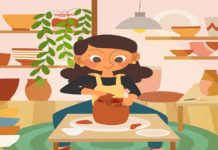