The Wireless Transmission of Electricity using Embedded System System  paper the various  technologies available so far for wireless transmission of electricity .This paper is mainly concentrate on :

Now is the time to make people a wireless  society, and this is possible by means of wireless  energy transfer methods.As time and technology  advance, wireless transmission of power seems to  be  promising one.may have even had to follow one particular cord through the seemingly impossible snarl to the outlet hoping that the plug you pull will be right one. This is one of the downfalls of electricity.

This Wireless Transmission of Electricity Using Embedded System paper,Imagine a future in which wireless power transfer is  feasible: cell phones, household robots, mp3  players, laptop computers and other portable  electronics capable of charging themselves without  ever being plugged in, freeing us from that final,  ubiquitous power wire. Some of these devices  might not even need their bulky batteries to operate. The increasing demand for electrical  energy in industrial nations is well documented.  Therefore, there is an expectation of even faster  rise in the demand for electric power in the near  future. If this wireless transmission of power  becomes a reality, then one day oil producers will  become electricity suppliers to the world without adding green house gases – and a global energy grid could be in space. 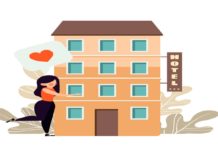