The study results indicated that NWC can be built on soft ground, had more stability when confined than other soil fills, and showed negligible long-term settlement, and was also used as a stabilizing agent. It was observed that black soil CBR increased approximately linearly with an increase when NWC and sand were included.

Due to the non-availability of suitable soil, heavy financial investments are required for the construction of roads, canals and embankments. The soil of Black Cotton (BC) is also expansive. There are many soil stabilization methods / techniques.

In this experimental study, a step is taken to stabilize the black cotton soil for road and building construction. To stabilize the expansive soil, a bio-enzyme called Terrazyme is used. The addition of non-woven coir in soil BC has demonstrated the soil’s properties. It was found that the optimum content of non woven coir was 0.45 %. CBR is 67.8 per cent higher than the virgin soil CBR.

Suitability of Beach Sand as Fine Aggregate for Concrete 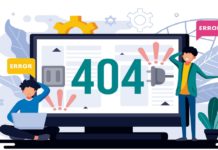 NATERGM: A Model for Examining the Role of Nodal Attributes in... Help Assistance Near Me