By incorporating CPRE, IPRE, and BPRE, this Conditional Identity-Based Broadcast Proxy Re-Encryption and its Application to Cloud Email paper proposes a versatile primitive called conditional identity-based PRE (CIBPRE) broadcast and formalizes its semantic security. Conditional Identity-based Broadcast Proxy Re-Encryption and Its Application to Cloud Email CIBPRE allows a sender to encrypt a message to multiple receivers by specifying the identities of those receivers, and the sender can delegate a re-encryption key to a proxy so that it can convert the initial ciphertext to a new set of intended receivers.
We propose an efficient CIBPRE scheme with proven security. The initial ciphertext, the re-encrypted ciphertext and the re-encryption key are all in constant size in the instantiated scheme, and the parameters to generate a re-encryption key are independent of the original receivers of any initial ciphertext. Finally, we show our CIBPRE application to secure an advantageous cloud email system over existing secure email systems based on Pretty Good Privacy protocol or identity-based encryption.

In this study, an efficient data encryption and data decryption algorithm was proposed to protect the outsourced data on the cloud environment. Data owner can use the file splitting technique to reduce storage and overhead computation. To reduce the burden of trusted third party data owner is introduced, which verifies that authorized users access the data on the cloud server.

Understanding Smartphone Sensor and App Data for Enhancing the Security of... 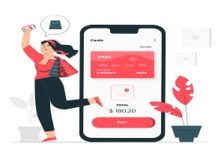 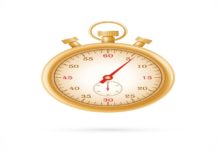 Laboratory Study of Antistripping Agents and Accountability of Quality Aspects in...