Railway Reservation System management report in mca is basically concerned with the reservation and cancellation of railway tickets to the passenger. The need of this system arouse because as is the known fact that India has the largest railway network in the whole world and it is not possible to handle such a large system manually. Complete MCA project report on Railway Reservation System.  Click here to get complete MCA projects lists.

By computerizing it, it became possible to overcome the limitations and make the system operations more efficient. The complexity in handling data and records of such a vast system got reduced and became easier by computerizing the system. Being more specific, this online railway reservation system can perform the basic functions like reservation and cancellation. Complete MCA project report on Railway Reservation System A Study on Credit Card Users in [ABCD] City A Credibility Analysis System for Assessing Information on Twitter 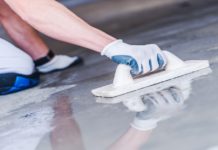