This project, Written Pattern Recognition java project report is a software algorithm project to recognize any hand written character efficiently on computer with input is either an old optical image or currently provided through touch input, mouse or pen. Character recognition, usually abbreviated to optical character recognition or shortened OCR, is the mechanical or electronic translation of images of handwritten, typewritten or printed text (usually captured by a scanner) into machine-editable text. Click here to get complete JAVA projects lists.

It is a field of research in pattern recognition, artificial intelligence and machine vision. Though academic research in the field continues, the focus on character recognition has shifted to implementation of proven techniques. Optical character recognition is a scheme which enables a computer to learn, understand, improvise and interpret the written or printed character in their own language, but present correspondingly as specified by the user.

Written Pattern Recognition learning of image processing techniques is done in this project. Also the scheme through which project is achieved is Artificial Neural Network scheme. The result which was got was correct up to more than 90% of the cases, but it would be improved at the end. This work was basically focused on envisaging methods that can efficiently extract feature vectors from each individual character. The method I came up with gave efficient and effective result both for feature extraction as well as recognition. There are also different methods through which ‘handwritten character recognition’ is achieved. Java Project on Hand written Pattern Recognition System Project Online Auctions in IaaS Clouds : Welfare and Profit Maximization with... 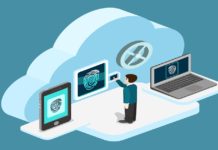