Implementation of pattern Discovery to retrieve relevant document using text mining java project report Digital data in the form of text documents is rapidly growing. Analyzing such data manually is a tedious task. Data mining techniques have been around to analyze such data and bring about interesting patterns. Many existing methods are based on term-based approaches that can’t deal with synonymy and polysemy. Moreover they lack the ability in using and updating the discovered patterns. Zhong et al. proposed an effective pattern discovery technique. Click here to get complete JAVA projects lists.

It discovers patterns and then computes specificities of patterns for evaluating term weights as per their distribution in the discovered patterns. It also takes care of updating patterns that exhibit ambiguity which is a feature known as pattern evolution. In this paper we implemented that technique and also built a prototype application to test the efficiency of the technique. The empirical results revealed that the solution is very useful in text mining domain.

However, using these discovered knowledge (or patterns) in the field of text mining is difficult and ineffective, because some useful long patterns with high specificity lack in support (i.e., the low-frequency problem).In this research work, have mainly focused on developing efficient mining algorithm for discovering patterns from a large data collection. and search for useful and interesting patterns. In proposed technique we can take input file .txt then we apply various algorithms such as stemmer, PTM, Inner pattern & display expected output.

CodeTracker : A Lightweight Approach to Track and Protect Authorization Codes...

IT Vendor Management – An Overview 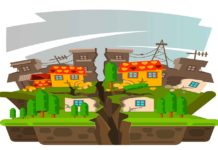 Studies on Strength and Behaviour of Composite Tubes for Earthquake Resistant...