Strategy For Guarantee Food Security In Edo State: Case Study Oredo Local Government Area Since independence in 1960, the Nigerian economy had operated under two major economic philosophies with the turning point being 1986. Prior to 1986, the economy was highly regulated with government taking direct control of the “commanding heights” of the national economy. By the early 1980s, significant distortions were thought to exist in the economy with respect to pricing of tradeable items leading to sub-optimal allocation of resources in the economy. Hence, in 1986 an economic reform programme in the form of a Structural Adjustment Programme (SAP) was embarked upon anchored principally on the deregulation of the economy and liberalization of trade.

The targets of these measures were principally the relaxation or abolition of import licensing, tariff structure, price control, foreign exchange control and interest rates control. Reform processes such as those embarked upon in Nigeria in 1986 usually leads to “a complete re-orientation of the economy” (Olashore, 1991) and this was indeed the case in Nigeria where the deregulatory and liberalization philosophy remains the critical basis of economic policy despite the official abandonment of Structural Adjustment Programme in the 1990s. Spurred by globalization, which itself is essentially deregulation on a global level, the Nigerian economy has since remained anchored on free-trade, market mechanism and private sector orientation, the key instruments of the SAP that channeled in the reform of the economic philosophy underlining the Nigerian economy in 1986. Although the shift to economic deregulation and trade liberalization affected many sectors of the economy, its impact on the agricultural economy was one of the most acute and remarkable (Adubi, 1996; Ojo, 1994).

The key features of agricultural production and the long tradition of governmental regulation of the sector became radically affected by the deregulation and liberalization philosophy with vital consequences for food security. Following over two decades of deregulatory practices, this research work reviews the strategies for food security in Oredo Locl Government Area of Edo State, Nigeria and the effects of this shift in economic philosophy on one aspect of human well being, namely, food security using trend examination and descriptive methods. The paper compares the food security status of the country before and after the adoption of deregulation as the dominant economic philosophy. It considers the lessons derivable from Nigeria’s experience and proffer suggestions in this regard.

The outcome  of this  study  revealed  a  young vibrant  farming population  with  male dominance  with  majority  of  the  respondents  been  married,  with  one form  of  formal education or the  other. This study also indicated  that  majority of the respondents were food insecure consuming less than the recommended daily calories intake of 2260kcal. Food  secure  households  in  the  study  area  exceeded  the  calorie  requirement  by  69% while  the  food  insecure  households  fell  short  of  the  recommended  calorie  intake  by 37%.

Considering  these findings,  Government  should  provide  an  integrated  approach  that  promotes  formal education  as  regard  farm  production  activities  among  farming households  to  enhance their  production  activities  thereby  improving  their  food security  status.  It  was  further recommended  that  enlightenment  programmes  on nutrition  and  birth  control  measure should be directed at the farming households in the study area.  This will  help to  check the  consumption  of  unbalanced  diets  and  uncontrolled  child  births  respectively.  Also there  is  need  to  promote  commercial  or large  scale  farming  among  the  farming households in the state. 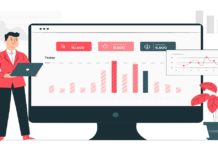 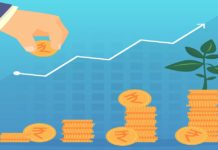 A Study on Investment Options and Investors Attitude towards Investment in...