Bus routes travel through a number of bus stops. Many times buses change routes and new bus stop names need to be configured in system. Many bus stops also change their names at times or sometimes new bus stops to are added into existing routes. So here we propose a speaking bus stop indicator system using raspberry pi. We use raspberry pi based circuit along with rf receiver based circuit to be placed in buses. Also we use a LCD display to display names of bus stops as they arrive. We use rf transmitter based circuits which will be placed on bus stops. This Bus Stop Reminder with Connected Bus Stops system does not need any bus stop name or route names to be stored in the bus system.

Each bus stop system has a code and our receiver circuitry can be fed with as well as edited of existing bus stop names using a usb keyboard interface.

This paper presents the bus stop reminder using RFID so that the users don’t get delayed or don’t get down at a different stop.

The main goal of this project is to remind the correct bus stop before the stop has come. Bus routes travel through a number of bus stops. Many times buses change routes and new bus stop names need to be configured in system.

The idea behind this is to remind the passenger stop before the bus stop came in the existence.

A Comparative Study on Consumer Behaviour about Colgate and Pepsodent Paste

Anomaly Detection and Attribution in Networks with Temporally Correlated Traffic 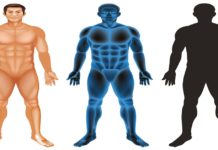 Enhanced Password Processing Scheme Based on Visual Cryptography and OCR