Analyzing and Detecting Money-Laundering Accounts in Online Social Networks,Virtual currency in OSNs plays an increasingly important role in supporting various financial activities such as currency exchange, online shopping, and paid games. Users usually purchase virtual currency using real currency. This fact motivates attackers to instrument an army of accounts to collect virtual currency unethically or illegally with no or very low cost and then launder the collected virtual money for massive profit. Such attacks not only introduce significant financial loss of victim users, but also harm the viability of the ecosystem. It is therefore of central importance to detect malicious OSN accounts that engage in laundering virtual currency. To this end, we extensively study the behavior of both malicious and benign accounts based on operation data collected from Tencent QQ, one of the largest OSNs in the world. Then, we devise multi-faceted features that characterize accounts from three aspects: account viability, transaction sequences, and spatial correlation among accounts. Finally, we propose a detection method by integrating these features using a statistical classifier, which can achieve a high detection rate of 94.2 percen

Analyzing and Detecting Money-Laundering Accounts in Online Social Networks,This article presents the analysis and detection method of money-laundering accounts in OSNs. We analyzed and compared the behaviors of both malicious and benign accounts from three perspectives including 1) the account viability, 2) the transaction sequences, and 3) spatial correlation among accounts. We designed a collection of 54 features to systematically characterize the behaviors of benign accounts and malicious accounts. Experimental results based on labeled data collected from Tencent QQ, a global leading OSN, demonstrated that the proposed method achieved high detection rates and very low false positive rates. 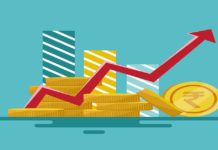 Investment Awareness in Financial Asset and Preference of Financial Intermediaries in...