Accident Investigation On Urban Roads Of Gulbarga City civil project report The traffic accidents in India are the biggest concerns as the number of registered vehicles are increasing every year at an abnormal distribution rate. The aim of this study is to reduce the number of traffic accidents for the considered arterial road which connects with almost every sub arterial roads in the city and this corridor serves as the only path to connect with neighboring states at a very short distance and time. The data was collected from Gulbarga Police Station with the permission from Assistant Commissioner of Police, Gulbarga District for a period of three years (2015, 2016, 2017).

The data was stored in the form of writings in a data book called First Information Report (FIR). Each data was extracted manually from FIR. There were totally 670 cases during this study period. The risk of accidents likely to occur on the SH-10 from Maharashtra Border to Andhra Boarder via Aland, Gulbarga, Mulkhed, Sedam, in Gulbarga District for a length of 135.85 Km.

Prevalence of Gastrointestinal Parasites of Chickens

A Tale of Two Fashions: An Empirical Study on the Performance... 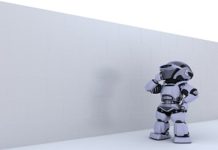