The experimental results revealed that nonwoven geotextile as a permeable material reduced consolidation time during consolidation; however, it induced a higher volume change.

Using the additional confinement approach, modified porewater pressure parameters, A * and B *, were proposed for reinforced clay. Parameters A * and B * can be used to quantitatively evaluate the influence of soil and reinforcement on the generation of excess porewater pressure, respectively.

A comparative study is conducted on the suitability of the use of geotextiles in Kaolinite clay and sand. The impact of the number of geotextiles and the spacing of reinforcement in the strength of clay material is also studied.

Due to interface failure, reinforcement strength may be largely underused when used with cohesive soils by geotextiles. The particles in sand are less likely to be rearranged during shearing due to the high frictional characteristics of sand.

A Study of Premium Credit Card Users for their Choice and...

A Hierarchical Control Framework of Load Balancing and Resource Allocation of... A Competitive Analysis and Study in Indian Telecom Sector 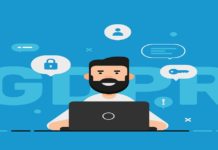