User-Service Rating Prediction by Exploring Social Users Rating Behaviors management report in data mining.Nowadays many people are sharing what they are doing in social networking sites with their friends and their followers and there are vast amount of reviews, ratings, descriptions about a product or local service. In case of new users these types of reviews plays a vital role in deciding whether to go for that specific service or not. We propose a system which works by rating behaviour of social users to predict user service ratings users rating behaviours are focused. In our point of view the rating behaviour in this system could be embedded with these aspects:

A vast number of ratings and opinions of users regarding to a particular product in available in internet now-a-days and these reviews are very much useful for a person to whether go for a particular service or not, for example if a person wants to buy a particular product he/she will read the reviews and watch rating of the product and then he/she will come to know about the product, people will believe judgment of trusted users, since there will be a vast number of reviews it had become a tedious task to mine reviews and users relation in social networks and it is an important issue in natural language processing, and web mining. Reviews contain product description and user opinion information which helps a lot in making decisions, if the item is listed as five star then the item will be excellent and if the item is single star then it is waste of buying that product, most important thing is no user can review all the items in the site and hence some entries in user-item-rating matrix will be empty.

Generally users interests are stable in a short term, so topics in users ratings are used to represent users. For example in the category of mobile phones and electronic gadgets different people have different tastes, some people are conscious about money and some people bother about brand and some people will think about processor etc., like this all users will have their personalized topics as per their review contents. For extracting users preference sentiment analysis is considered as a important work and more over it is difficult for a user to take a decision when all the users rating are either positive or negative, for purchasing a product it is necessary to know how good the product is along with whether the product is good or not, some people will get satisfied with “average” products and gives their review as “good”, and some kind of people will not get satisfied with “excellent” category product and rate it as “average” to overcome this type of scenario the proposed system will see the rating of the product when the user rated the product, based on the previous rating, users rating behaviour, and user’s review the rating will be calculated.

Why do we consider these four factors? In our opinion, the rating behavior in recommender system could be embodied in these aspects: when user rated the item, what the rating is, what the item is, what the user interest we could dig from his/her rating records is, and how user’s rating behavior diffuse among his/her social friends. In this paper, we propose a user-service rating prediction approach by exploring social users’ rating behaviors in a unified matrix factorization framework. The main contributions of this paper are shown as follows.

The location-based recommendation methods usually use the frequent moving behaviors of users to predict the next move of a user by considering users current and next location and recommend the items which are related to that location. To make accurate location prediction, the location based systems always not only record users GPS trajectories like latitude, longitude and time, but also mine the frequent moving behaviors from the users GPS trajectories and some authors used Wi-Fi history to find the locations of users. Some of the existing location-based recommendation methods always recommend services which are more frequently visited by the Users using the visiting and social behavior analysis. It leads to recommenders always recommending low rated services for users based only on the frequent services. As the result, recommendation might not benefit stores even when the recommenders can precisely predict user’s next geographical locations. Fortunately, along with frequent pattern mining, high utility service mining has been proposed for discovering the services with high rating from the service log database.

To improve the applicability of the location based service recommendation system, we can adopt this in the future work for discovering high rated service based on the frequency and the overall implicit rating in each location. Many data mining studies have discussed the problems of predicting the user’s next location where a mobile user moves to. Personal based prediction and general-based prediction are the two approaches adopted for location prediction. The personal-based prediction approach considers movement behavior of each individual as independent and thus uses only the movements of an individual user to predict his/her next location. On the other hand, the generalbased prediction makes a prediction based on the common movement behavior of general mobile users. On the contrary, our proposal predicts the next location of a user based on both geographic and semantic information in trajectories.

In recent years, a number of studies on semantic trajectory data mining have appeared in the literature. In addition to the GPS trajectory,also exploit the cell trajectory to derive the semantic similarity between two mobile users. The cell trajectory consists of a sequence of spatio-temporal points in form of cell station ID, arrival time, and leave time. However, the traditional item/service recommendation methods do not fully consider both the users next locations and high utility services. To support location prediction and services recommendation based on the semantic trajectories of mobile users, authors proposed a novel location prediction and services recommendation framework to evaluate the next location of a user’s movement. The framework consists of two major phases:

In the offline mining phase, authors adopted the notion of stay locations to represent the users’ movement behavior. To extract the semantic feature from individual user’s movement behavior, authors mine the semantic trajectory patterns for each individual user. Moreover, authors formed user clusters based on the notion of semantic trajectory similar to the earlier works. Furthermore, the frequent trajectory patterns of users in the same cluster based on their geographic features are extracted. Besides, the high utility mining algorithm is used by the authors to discover high utility services of each location. In the on-line location prediction and services recommendation phase, based on these semantic and geographic patterns, a novel cluster-based location prediction and services recommendation technique to predict a mobile user’s next location is proposed. From the paper, the location prediction and services recommendation approach delivers least performance when there is dynamic and uncertain services available. And moreover the authors failed to consider social impact to filter the results set.

The LBS is a type of service derivative from the ability in internet to identify and transmit location information’s to various applications. Authors defined the LBS, LBS are the application which incorporates with the user’s location details, and this utilizes the user geographical locations from their mobile devices and refines the results according to that. So from this, the user can get nearest services at a specified time. This also reduces the time for information retrieval and overload problems. The LBS techniques are designed to satisfy the users need and improve the consumer satisfaction. The LBS also provides the tracking services like vehicle tracking via GPS, traffic details gathering etc. LBS also incorporated with many information services like yellow pages, city guidance and many. Numerous social network applications like Face book, Twitter, Instagram, Google+ and context advertising applications are falls under LBS. under the above category, many authors proposed different types of applications. However, the location based services has tremendous challenges under every applications. This survey initiated to find the challenges and issues of LBS with the recommendation systems.

Social networks gather huge volumes of information contributed by users around the world. This information is versatile. It is very popular for recommending users favourite services from crowd-source contributed information. the GroupLens system utilized a CF (collaborative filtering) algorithm based on common users preferences, known as user-based CF. The authors note that users will favour items recommended by users with similar interests. Sarwar et al proposed an item-based CF The authors found that users favourite items similar to those in which the user was previously interested. The basic idea of CF is grouping users or items according to similarity.

Most recent work has followed the two aforementioned directions (i.e., user-based and item-based). The concept of inferred trust circle’ based on circles of friends was proposed by Yang et al.to recommend favourite and useful items to users. Their approach, called the CircleCon Model, not only decreases the load of big data and computation complexity, but also defines the interpersonal trust in the complex social networks. Besides interpersonal influence. Lee et al propose a recommender system that uses the concepts of experts to find both novel and relevant recommendations. Wang et al. design a joint social-content recommendation framework to suggest users for videos that users are likely to import or re-share in online social network. Meanwhile, there are some interesting works to infer social contexts.

We propose a user-service rating prediction model based on probabilistic matrix factorization by exploring rating behaviours. Usually, users are likely to participate in services in which they are interested and enjoy sharing experiences with their friends by description and rating. Like the saying “birds of a feather flock together,” social users with similar interests tend to have similar behaviours. It is the basis for the collaborative filtering based recommendation model. Social users’ rating behaviours could be mined from the following four factors: personal interest, interpersonal interest similarity, interpersonal rating behaviour similarity, and interpersonal rating behaviour diffusion. In our opinion, the rating behaviour in recommender system could be embodied in these aspects: when user rated the item, what the rating is, what the item is, what the user interest we could dig from his/her rating.

The similarity between user rating schedules is utilized to represent interpersonal rating behavior similarity. The factor of interpersonal rating behavior diffusion is proposed to deep understand users’ rating behaviors. We explore the user’s social circle, and split the social network into three components, direct friends, mutual friends, and the indirect friends, to deep understand social users’ rating behavior diffusions. These factors are fused together to improve the accuracy and applicability of predictions. We conduct a series of experiments in Yelp and Douban Movie datasets. The experimental results of our model show significant improvement.

A Detail Study on Selection and Recruitment Process Prevalence of Gastrointestinal Parasites of Chickens 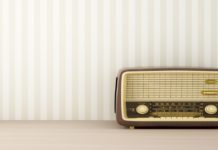 Radio as a Promotional Tool an Exploratory Study