Rectification of Building Tilt Well foundations are quite appropriate foundation for alluvial soils in rivers and creeks where max depth of scour can be quite large. In india technology of well foundation for design and construction is quite well developed, still there are situations where serious problems are encountered at site during construction of well foundations, which results in excessive tilt of well in a particular direction. In the case of excessive tilt, regular method for tilt rectification like eccentric grabbing, water jetting, strutting the well etc. might be not so effective as required. Excessive tilt occurred during sinking of well in undergoing construction of a cable stayed bridge over river ganga have been identified & explained by the author in this presentation.

On this paper a list of difficult situations, which bridge engineers normally encounter during sinking of well foundations, is presented. In some case the author himself devised some solutions to some perennial problems, which have been described here. The problems like the formation of hump inside the dredge hole of a well foundation or well cracking due to sand blow, or in a still clay layer well becoming stationary and not sinking down are quite common situations. 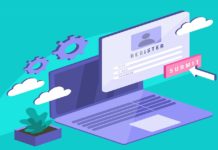