Outsourcing to the cloud storage and computing has become a common practice for businesses and individuals. As the Publicly Verifiable Boolean Query Over Outsourced Encrypted Data cloud is semi-trusted or susceptible to attack, many researchers suggest that outsourced data should be encrypted and then retrieved using searchable symmetric encryption (SSE) schemes.
Since the cloud is not fully trusted, we doubt whether or not it would always process queries correctly. Therefore, users need to verify their query results. Motivated by this, we propose in this Project on Publicly Verifiable Boolean Query Over Outsourced Encrypted Data paper, based on the accumulation tree, a publicly verifiable dynamic searchable symmetric encryption scheme.

Publicly Verifiable Boolean Query Over Outsourced Encrypted Data Cloud computing’s great flexibility and economic savings motivate companies and individuals to outsource their data to cloud servers. Then, by outsourcing a dataset to the cloud, the data owner or other valid data users can issue cloud information queries that are answered by the dataset.

This model captures a variety of real-world applications such as outsourced SQL queries, streaming data sets, and outsourced file systems. However, data’s concerns about privacy and confidentiality often make them reluctant to do that. It is therefore natural for a data owner to encrypt data before outsourcing it to the cloud.

However, since data has been encrypted before outsourcing the cloud, it obstructs the traditional data utilization service based on the search for plaintext keywords. Thus, for outsourcing storage applications, how to efficiently obtain encrypted data from the cloud server is very important.Motivated by this challenge, many searchable symmetric encryption (SSE) schemes are proposed to fulfill different search functions on encrypted data.

The problem of verifying the freshness, authenticity, and completeness of the Boolean query result over the outsourced encrypted data was studied. Project on Publicly Verifiable Boolean Query Over Outsourced Encrypted Data proposes a publicly verifiable scheme based on the issues by constructing the accumulation tree to achieve the verification of query integrity while keeping privacy preservation and practicality. 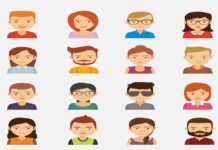