Laboratory Studies on Geotextile Reinforced Soil for Pavements Many pavements have become useless in their design life due to a sudden drop in subgrade strength as a result of unforeseen rise in subgrade moisture content, which may be due to a rise in groundwater level (GWL) or water flowing through cracks on road pavement.

Laterite is the product of intensive weathering that occurs under tropical and subtropical climatic conditions resulting in the accumulation of hydrated iron and aluminum oxides (Agarawal et al, 2011) ; it is a soil layer that is rich in iron oxide and derived from a wide variety of weathering rocks under strongly oxidizing and leaching conditions.

However, and despite good field evidence that geosynthetic reinforcements can improve pavement performance, the specific conditions or mechanisms that enable and govern the reinforcement function are, at best, unclear as they have remained largely unmeasured.

The soil sample CBR values show a drastic reduction in soil strength after soaking b for only 48 hours. This shows that when soaked or saturated, subgrade soil, irrespective of the initial strength, suffers a reduction in their strength.

It is found that the application of geotextile at different depths generally significantly increases the strength of the subgrade soil as measured by the California Bearing Ratio (CBR), regardless of the level at which the geotextile is placed within the thickness of the subgrade.

It can also be concluded from the experiments that geotextiles are suitable as a reinforcement tool for adverse effects on soil strength posed by increased moisture content. 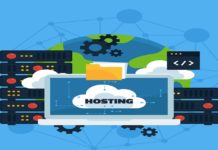