Energy Dissipation Devices for Seismic Design The poor performance of the vertically irregular buildings is commonly observed during an earthquake. The effectiveness of the force control approach of earthquake resistant design, i.e. forces to be resisted by structural members are reduced by reducing the force due to use of some supplemental energy dissipation devices, in the case of these vertically irregular buildings when subjected to a seismic excitation has been discussed in this paper.

An analytical framework has been developed to evaluate the effectiveness of energy dissipation devices, such as friction damper, viscoelastic damper and viscous damper, in reducing the seismic response of multi storey building frames. Building frames have been modelled with vertical irregularities at different storey levels of the building. The El Centro ground motion record has been used to evaluate the response of the vertically irregular building when subjected El Centro ground motion. The structural response assessments using this ground motion represent the likely response of the structure under the range of expected ground motion characteristics.

Response parameters like inter storey drift, floor displacement and absolute acceleration are evaluated for example systems. It has been observed that the response parameters are reduced for the vertically irregular building with dampers when compared to i) free frame or ii) braced frame buildings, which indicates the effectiveness of the energy dissipation devices in reducing the energy demand of the example vertically irregular structures considered.

The following conclusions can be drawn by considering various non conventional methods of earthquake resistant design as described above. 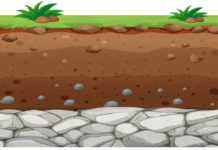 Role of Geosynthetic in the Improvement of Strength of Soil Cluster – Based Routing for the Mobile Sink in Wireless Sensor... 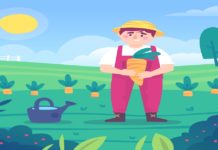 A Project Report on Effect of Leachate on Index and Strength...