AI Multi Agent Shopping dot net project report technology, a new paradigm in software engineering, has received attention from research and industry since 1990s. However, it is still not used widely to date because it requires expertise on both programming and agent technology; gaps among requirements, agent design, and agent deployment also pose more difficulties. Click here to get complete Dot Net projects lists.

Goal Net methodology attempts to solve these issues with a goal-oriented approach that resembles human behaviors, and an agent designer that supports agent development using this philosophy. However, there are limitations on existing Goal Net Designer, the design and modelling component of the agent designer.

AI Multi Agent Shopping dot net project report has increasingly been recognised as a promising approach in software engineering. The proactivity and goal-orientation of agents enable problem solving in a complex environment. With research efforts on agent theories and agent development methodologies, several methodologies have been proposed and accompanying agent development tool has been developed.

However, agent technology is still far from widespread application in industry due to multiple difficulties, such as prerequisite on agent-related knowledge and programming, and gaps in different phases of development. To resolve the difficulties, a designer tool, Goal Net Designer, is built for Goal Net methodology in this project. 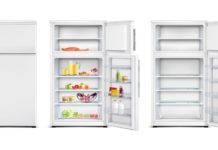