identify the retail penetration level of airtel pre paid cards in [city] mba marketing project report . An airtel’s journey to leadership began in Delhi in 1995. Since then,airtel has established itself across India in sixteen states covering a population of over 600 million people. Airtel will soon cover the entire country through a process of acquisitions and green field projects. With a presence in over 1,400 towns, airtel today has the largest network capacity in the country Formerly known as bharti tele-ventures limited (btvl) is among India’s largest mobile phone and fixed network operators. The research on the retail penetration rate of Airtel PrePaid cards in Coimbatore, with regard to the area of VSV agencies, is primarily aimed at finding the current penetration level of Airtel PrePaid cards among the Coimbatore retail outlets. The aim of the study is also to identify the preferences taken into account by retailers during the Shelfing / Non Shelfing of the product.
Telecom market The unprecedented growth in the mobile market is, perhaps, the most vivid facet of India’s economic transformation since the mid 1990s. Mobile technology and services came to India less than a decade ago. A Study To Identify The Retail Penetration Level of Airtel Pre Paid Cards In [city] mba marketing project report The research approach for this study was conclusive research. Conclusive researches  are designed  to help executives to choose among various possible alternatives  to make a viable business decision. Further this research was of descriptive type, which is an offshoot of conclusive research. 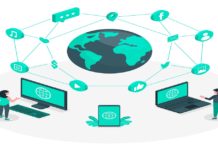