Raspberry Pi as a Configurable Wi-Fi router and Web server

Raspberry Pi As A Configurable Wi-fi Router And Web Server.Through this project, we can turn the Raspberry pi into the wifi router and we can make the pi as WebServer. If we want to store the data remotely without using any cloud platform. then we can create a local database in the raspberry pi itself and store the data locally. By simply connecting the ethernet to the raspberry pi we can configure the pi into Wifi Router.

IoT ideology can be looked as a highly dynamic. and radically distributed networked system composed of a very large number of identifiable smart objects.

Raspberry Pi’s performances are compared with some popular boards. and development platforms on a general level by computing power, size and overall costs of the solutions. Based on performed analysis, it can be stated that Udoo has the best performances. among considered IoT hardware platforms, but at the same time its price is quite high. On the other side the detail analyses of Raspberry Pi have shown that. as ultra-cheap-yet serviceable computer board.

Causes Prevention And Repair of Cracks In Building

Raspberry Pi as a Configurable Wi-Fi router and Web server Improvement of Bearing Capacity of Sandy Soil by Grouting 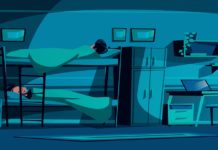