Quality-Aware Subgraph Matching Over Inconsistent Probabilistic Graph Databases management report in data mining.Resource Description Framework (RDF) has been widely used in the Semantic Web to describe resources and their relationships. The RDF graph is one of the most commonly used representations for RDF data. However, in many real applications such as the data extraction/integration, RDF graphs integrated from different data sources may often contain uncertain and inconsistent information (e.g., uncertain labels or that violate facts/rules), due to the unreliability of data sources. In this paper, we formalize the RDF data by inconsistent probabilistic RDF graphs, which contain both inconsistencies and uncertainty.

With such a probabilistic graph model, we focus on an important problem, quality-aware subgraph matching over inconsistent probabilistic RDF graphs (QA-gMatch), which retrieves subgraphs from inconsistent probabilistic RDF graphs that are isomorphic to a given query graph and with high quality scores (considering both consistency and uncertainty). In order to efficiently answer QA-gMatch queries, we provide two effective pruning methods, namely adaptive label pruning and quality score pruning, which can greatly filter out false alarms of subgraphs. We also design an effective index to facilitate our proposed pruning methods, and propose an efficient approach for processing QA-gMatch queries. Finally, we demonstrate the efficiency and effectiveness of our proposed approaches through extensive experiments.

Graphs have been used to model various data in a wide range of applications, such as bioinformatics, social network analysis, and RDF data management. Furthermore, in these real applications, due to noisy measurements, inference models, ambiguities of data integration, and privacy-preserving mechanisms, uncertainties are often introduced in the graph data. For example, in protein interaction (PPI) network, the pairwise interaction is derived from statistical models, and the STRING database is such a public data source that contains PPIs with uncertain edges provided by statistical predications. In a social network, probabilities can be assigned to edges to model the degree of influence or trust between two social entities. In a RDF graph, uncertainties/ inconsistencies are introduced in data integration where various data sources are integrated into RDF graphs.

To model the uncertain graph data, a probabilistic graph model is introduced. In this model, each edge is associated with an edge existence probability to quantify the likelihood that this edge exists in the graph, and edge probabilities are independent of each other. However, the proposed probabilistic graph model is invalid in many real scenarios. For example, for uncertain protein-protein interaction (PPI) networks, authors in first establish elementary interactions with probabilities between proteins, then use machine learning tools to predict other possible interactions based on the elementary links. The predictive results show that interactions are correlated, especially with high dependence of interactions at the same proteins. Given another example, in communication networks or road networks, an edge probability is used to quantify the reliability of link or the degree of traffic jam.

Inconsistent databases: An inconsistent database contains those data that violate some integrity constraints (e.g., key constraints, functional dependencies, etc.), rules, or facts. Previous works often considered inconsistencies in relational databases or probabilistic databases where tuples are associated with probabilities. In contrast, our QA-gMatch problem involves inconsistent vertex labels in probabilistic graphs (rather than tuples). Thus, previous techniques cannot be directly used in our problem. To resolve inconsistencies, there are 3 repair models: X-repair  that allows tuple deletions only, S-repair that performs both tuple insertions and deletions, and Urepair that considers tuple value modifications. Our QA-gMatch repair model is different, in that we delete graph edges (rather than tuples in relational tables).

Resources Description Framework (RDF) is a W3C standard to portray assets on the Web and their connections in the Semantic Web. In particular, RDF information can be represented to by either triples as (subject, predicate, object), or a proportionate chart representation. It demonstrates a case of RDF triples separated from unstructured content, by utilizing two unique information extraction techniques. Particularly, the left segment portrays four RDF triples by utilizing extraction method A, while the right segment demonstrates another four RDF triples acquired from extraction system B. Proportionally, four RDF triples on the left section can be changed to a chart. Because of the lack of quality of information sources (e.g., the information lapse or the mistake of information extraction strategies), RDF diagrams from various sources may contain loose or conflicting data. In the case, by applying incorrect extraction methods an B to some unstructured content (e.g., Wikipedia information), we may acquire two unmistakable RDF diagrams, GA and GB, individually. In the applications, for example, information extraction/joining, keeping in mind the end goal to determine such clashing names, we can consolidate different variants of RDF charts into a solitary probabilistic RDF diagram, where every vertex is connected with its conceivable marks and their confidences to be valid as a general rule (induced from the extraction precision or unwavering quality insights of information sources over chronicled information).

The document square keys should beØ upgraded and conveyed for a User denial; along these lines, the system had a substantial key dissemination overhead.  The complexities of client supportØ and revocation in these plans are straightly expanding with the quantity of information owners and the repudiated users.  The single-proprietor way mayØ obstruct the usage of utilizations, where any part in the gathering can utilize the cloud administration to store and impart information documents to others.

On this paper, we prescribe the quality mindful aware graph matching (particularly, QA-g Match) in a novel context of conflicting probabilistic diagrams G with exceptional sureties. Especially, given an query graph q, a QA-g Match query recovers sub graphs g of probabilistic graph G that match with q and have high quality scores. Note that, a single repaired diagram by means of edge erasures may have tainted chart structure, and neglect to return coordinating sub diagrams. In this way, rather, our QA-g Match issue will consider sub diagram answers over every single conceivable repair in conceivable universes of G (i.e., all-conceivable repair semantics), and after that arrival those sub chart answers with great quality scores. The QA-g Match issue has numerous down to earth applications, for example, the Semantic Web. For instance, we can answer standard inquiries, SPARQL questions, over conflicting probabilistic RDF diagrams by issuing QA-g Match inquiries. A case of a SPARQL question, which acquires the spot went to by John, and additionally John’s origin. Proportionally, we can change the SPARQL inquiry to a question diagram q. At that point, inside conflicting probabilistic RDF diagram G, we can direct a QA-g Match question to discover those sub charts g _G that are isomorphic to q with amazing scores, where quality scores demonstrate the confidences that sub charts show up in the repaired probabilistic charts of G.

An inconsistent database incorporates those records that violate some integrity constraints (e.g., key constraints, purposeful dependencies, and so on.), rules, or records. Previous works often taken into consideration inconsistencies in relational databases or probabilistic databases in which Tuples are related to possibilities. In comparison, our QA-gMatch hassle involves inconsistent vertex labels in probabilistic graphs (in preference to tuples). Therefore, preceding techniques cannot be without delay utilized in our problem. To remedy inconsistencies, there are three repair models: X-repair that allows tuple deletions most effective, S-restore that plays both tuple insertions and deletions, and U-repair that considers tuple fee changes. Our QAgMatch restore model is extraordinary, in that we delete graph edges (rather than tuples in relational tables). exclusive from the restore that changes records in databases, preceding works also studied the consistent query answering over inconsistent facts, which does no longer replace the database, but returns the aggregated question answers over (minimal or all) repaired databases. The investigated question kinds consist of relational operations (e.g., selection, projection, and be part of) and spatial operations (e.g., variety query, spatial join, and top-ok). Specific pruning methods are proposed for specific query types to lessen the search area. In comparison, our QAgMatch trouble considers a one-of-a-kind query type (i.e., Subgraph matching) and unique statistics version (i.e., graph facts rather than relational statistics), which for this reason can’t borrow present strategies for querying tuples or spatial gadgets.

In Quality-Aware Subgraph Matching Over Inconsistent Probabilistic Graph Databases management report in data mining paper, we study an important QA-gMatch problem, which retrieves those consistently matching subgraphs from inconsistent probabilistic data graphs with the guarantee of high quality scores. To tackle the problem, we specifically design effective pruning methods, adaptive label pruning and quality score pruning, for reducing the search space. Further, we build an effective index to facilitate the QAgMatch processing. We conducted extensive experiments to verify the efficiency and effectiveness of our approaches. Read2Me: A Cloud-Based Reading Aid for the Visually Impaired 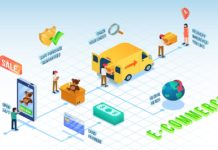