In this Contributory Broadcast Encryption with Efficient Encryption and Short Cipher texts paper, we formalized the ConBE primitive. In ConBE, anyone can send secret messages to any subset of the group members, and the system does not require a trusted key server. Neither the change of the sender nor the dynamic choice of the intended receivers require extra rounds to negotiate group encryption/decryption keys. Following the ConBE model, we instantiated an efficient ConBE scheme that is secure in the standard model. As a versatile cryptographic primitive, our novel ConBE notion opens a new avenue to establish secure broadcast channels and can be expected to se-cure numerous emerging distributed computation applications.

Analysis of Business Objective and their Accomplishment through Effective Cost Control 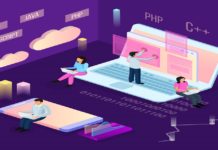